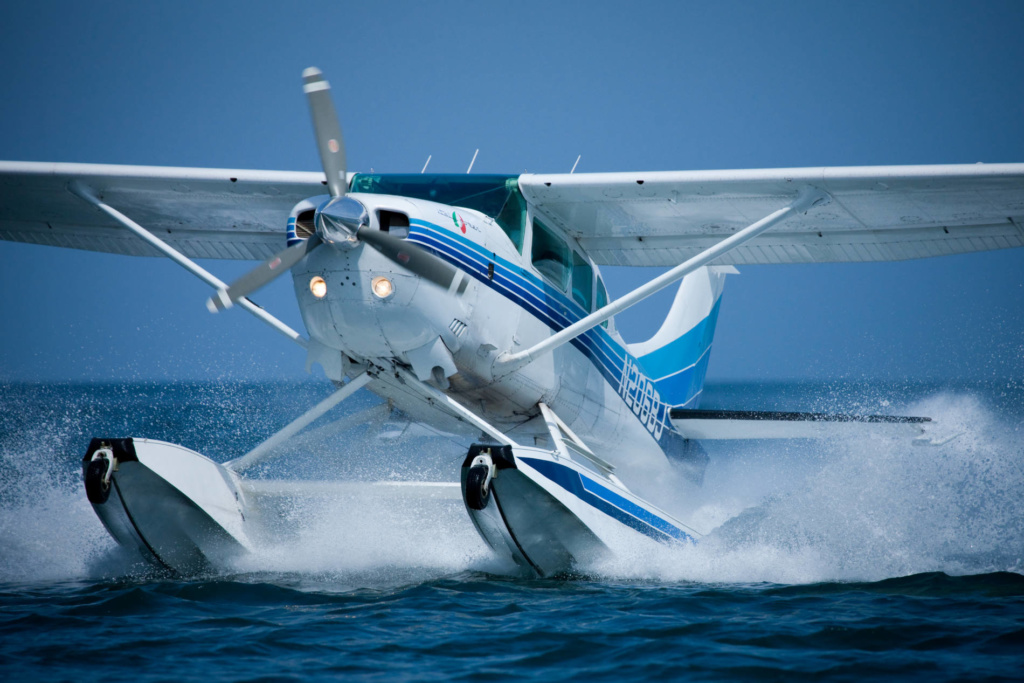 The history of the fleet in a nutshell

The Aero Club Como began its activity in the 1930’s using the Caproni CA 100, Breda 15 and Breda 25 and at that time a Cant Z 511 was also acquired as part of the fleet. After the war, flying activity resumed with a Caproni CA 100, followed by others of the same type, and then with various Macchi MB 308 and with a Republic “Seabee”, the first American-built aircraft to arrive in Como.

In 1966 the first “modern” type of aircraft was acquired, of which one is still owned today, the Piper PA 18.

Then comes the time of the “Cessnini“, or the Cessna 150, small two-seater machines with not a lot of power, which nevertheless honourably served the flight school for about twenty years.

Subsequently, in the seventies the Club acquired ownership of a Piaggio P 136, a twin-engine amphibious aircraft by donation and then in 1973 it acquired the first Lake, model LA-4-200, the first hull aircraft since the ” Seabee “, which was  followed by others of the same type and also by the larger and more powerful model, the LA 250“ Renegade ”, from 1987 to 2009.

Another aircraft that the Club acquired in various guises from the 1980s to the early years of the new millennium is the Maule M7-235, in an amphibious version.

But the choice that most favourably affected the Club’s activity was the replacement of the Cessna 150 in favour of the Cessna 172, which in addition to being the most manufactured aircraft model in aviation history (43,000 units), is considered the best training aircraft ever produced.

In 2008 an amphibious Cessna 172 XP arrived in the fleet, destined for the flight school and in 2009 the Club purchased a Cessna 206 with hydro and amphibious floats, equipping it with accessories and modifications that make it unique in its kind for performance, silence and safety of use.

In the same year a Lake LA4-200 EP was acquired, but its use in the busy Como basin becomes increasingly difficult, with the worsening, in the summer season, of the surface conditions. However, the aircraft – like the Lakes in general – retain their function as an excellent machine for travel and excursions outside the Larian or Lake area basins, with unbeatable performance, payload and reliability characteristics.

Finally, a Republic RC-3 “Seabee” arrived, a four-seater hull amphibian, modified with a 270 HP engine, as part of the project launched in 2012, to reconstitute the historic fleet, the one that the Club owned at the end of the 1940’s. The “Seabee” is added to the Macchi MB 308 that the Club has in line to be restored, and to the Caproni CA100, which is not owned by the Club, but is based in the Como hangar.

With the Cessna 172 XP out of commission, an amphibious Cessna C172 in almost factory condition was acquired in 2019 in Canada.

The Club also has a lot of aircraft accessories, including various sets of floats, and a Piper PA18 to be restored.